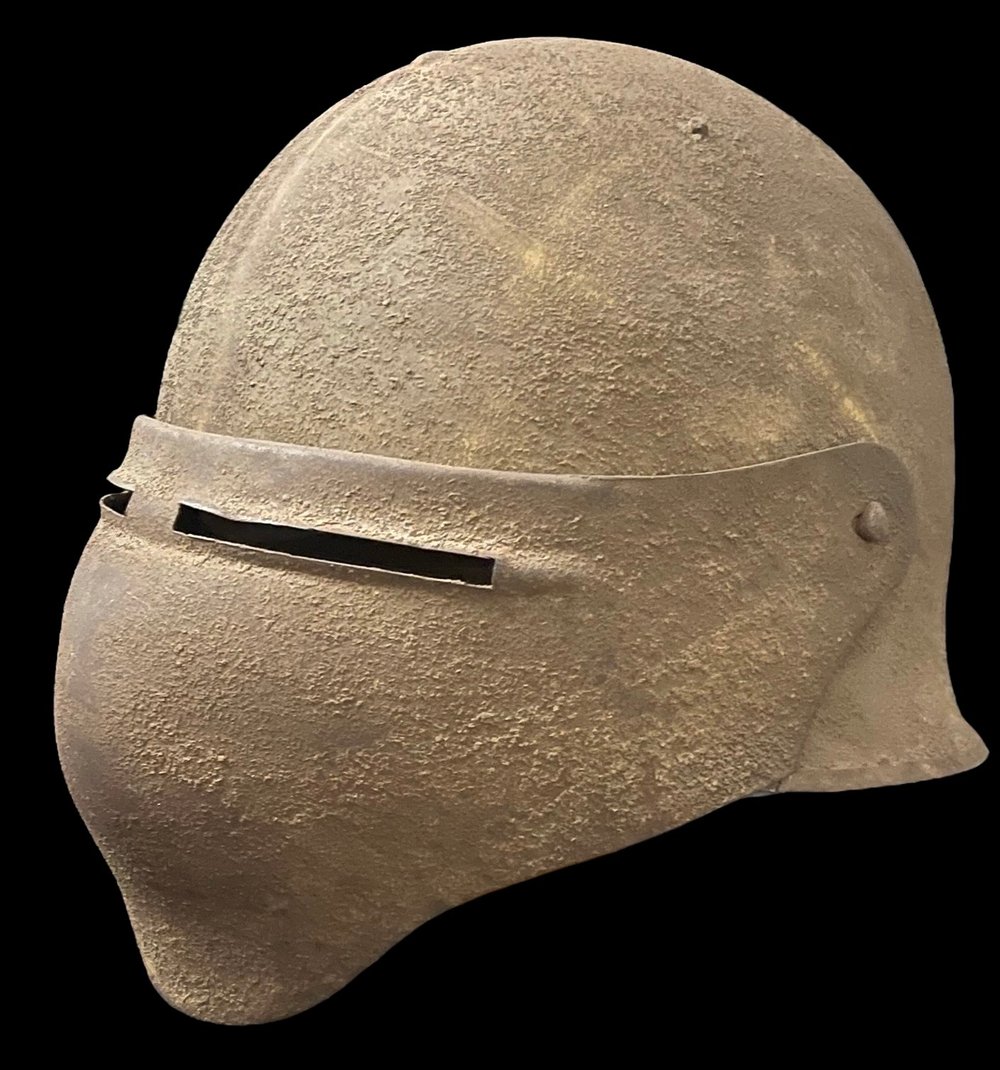 Rare U.S. Model 8 Experimental Helmet, Circa 1918. As WWI progressed the inherent deficiencies of the classic Model 1917 "Doughboy" helmet became apparent with its lack of neck and ear protection, ballistic inadequacies, and comfort. The Army enlisted the help of Dr. Bashford Dean, Curator of the Metropolitan Museum of Art, a noted arms and armor specialist to help develop a new helmet. Several models were tested but certainly the most impressive of them was what became known as the Model 8, a most medieval looking helmet. Ford Motor Company began production of the Model 8 in November 1918, completing about 1,300 helmets. It featured a three-pad liner system and a canvas chinstrap assembly that would remain more or less standard through WWII. The benefits of this helmet were that with the visor down it does protect the face almost entirely, while the slits would provide reasonable field of view. Arriving too late, the Model 8 never saw combat service in France.

As you can see, this example retains most of its original paint and texture. Chinstraps are still present and free from damage. The liner is there, but as you can see the pads have some damage as most do if they even have a liner remaining. 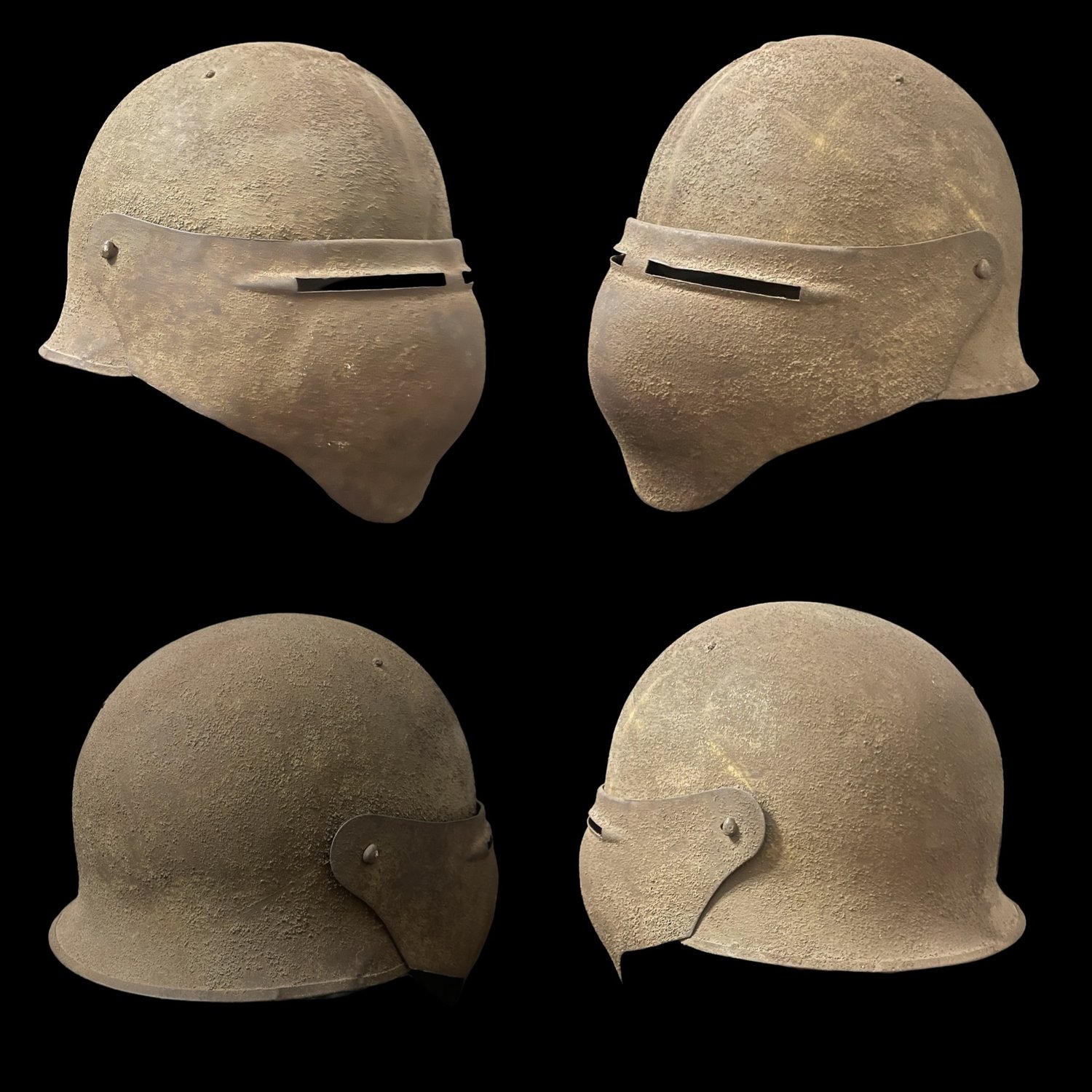 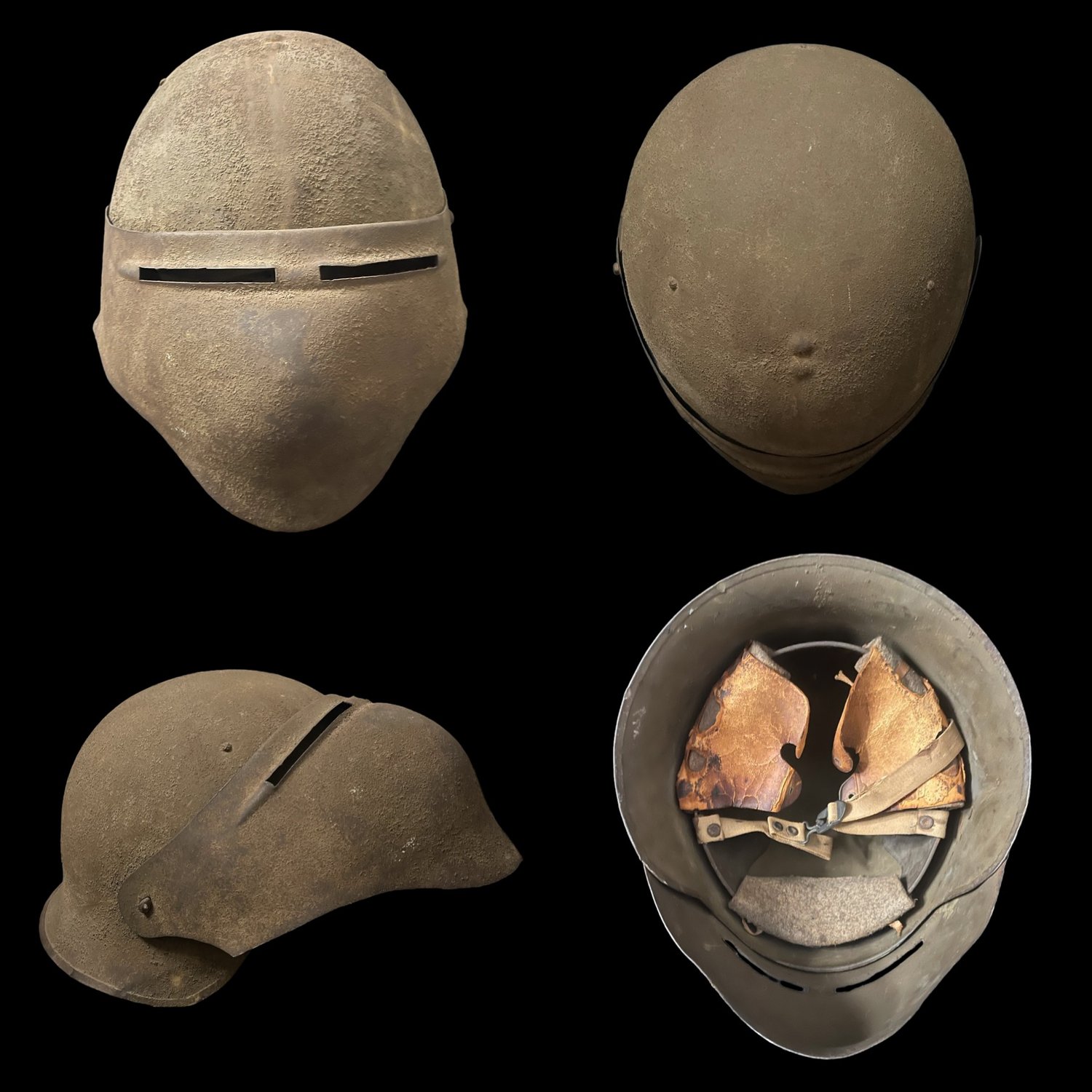 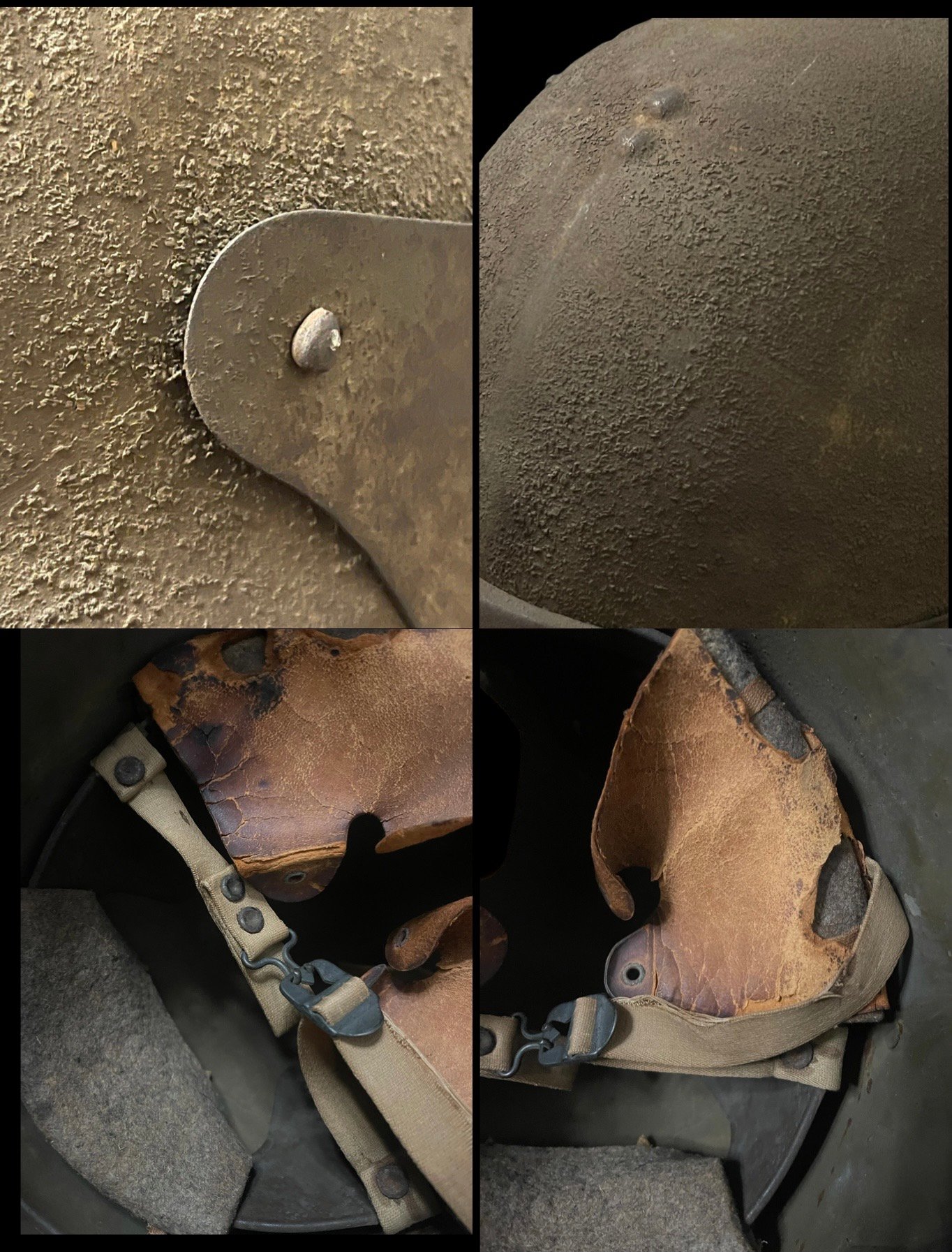